The word inspiration can mean to be filled with excitement, to be motivated, or to be moved by a great idea or a creative act. It can also mean to breathe life into something. In fact, in French, inspire (inspirer) is an actual verb meaning to breathe. This etymological relationship is particularly enlightening when speaking of Isadora Duncan and Loïe Fuller. In their respective autobiographies, both women evoke moments of inspiration that literally set them in motion.

In My Life, Duncan describes her seminal artistic moment: 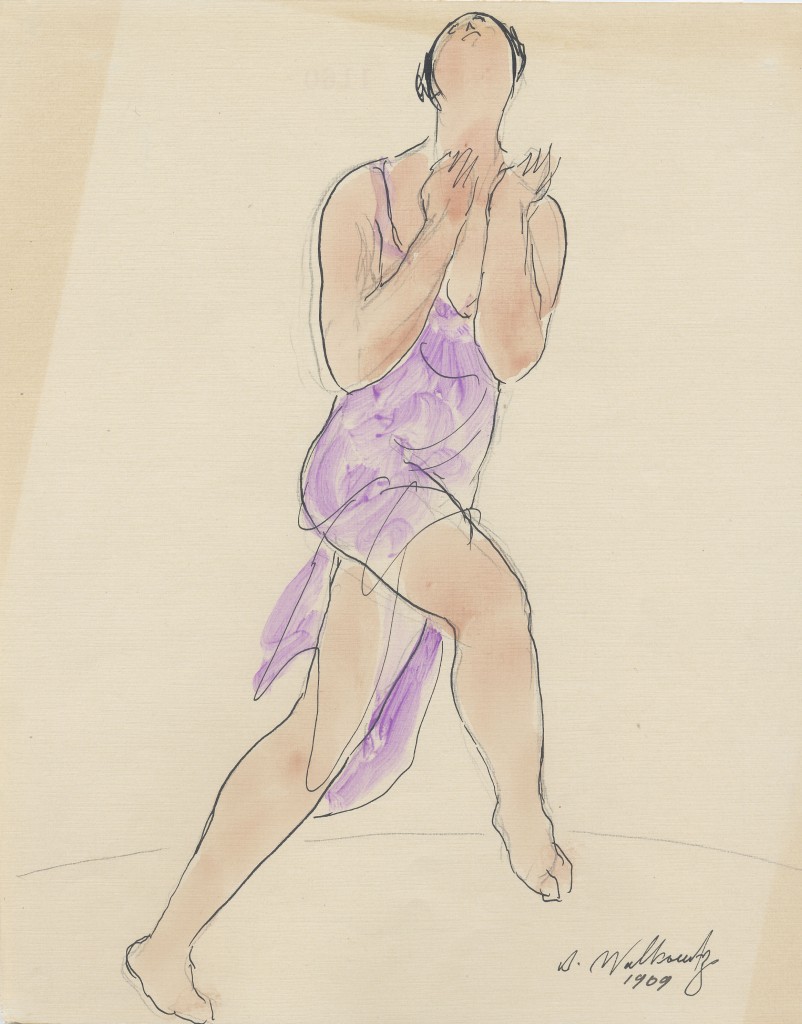 I spent long days and nights in the studio seeking that dance which might be the divine expression of the human spirit through the medium of the body’s movement. For hours I would stand quite still, my two hands folded between my breasts, covering the solar plexus. . . . I was seeking and finally discovered the central spring of all movement, the crater of motor power, the unity from which all diversities of movements are born, the mirror of vision for the creation of the dance. (75)

In Fifteen Years of a Dancer’s Life, Fuller remembers her great discovery: 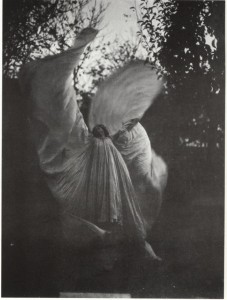 The mirror was placed just opposite the windows. The long yellow curtains were drawn and through them the sun shed into the room an amber light, which enveloped me completely and illumined my gown, giving a translucent effect. Golden reflection played in the folds of the sparkling silk, and in this light my body was vaguely revealed in shadowy contour. This was a moment of intense emotion. Unconsciously I realized that I was in the presence of a great discovery, one which was destined to open the path which I have since followed.

Gently, almost religiously, I set the silk in motion, and I saw that I had obtained undulations of a character heretofore unknown. I had created a new dance. (33)

For Duncan, inspiration was the quasi-religious energy (some might call it soul) that emanated
from the core of the body out through expressive gesture into the world to awaken a public to the “truth” of movement. Although it is easy to make fun of Duncan’s romantic language, the fact
still remains that much modern dance throughout the twentieth century was committed (despite stylistic differences) to a similar vision of the dancer as a vehicle for the expression of inner forces. Even for Fuller, whose description of her great discovery focuses on the visual display rather than the internal source of movement, there was clearly a sense of energy vibrating out of her upper body.

Fuller, Loïe. Fifteen years of a dancer’s life : with some account of her distinguished friends. Boston: Small, Maynard, 1913.