New Dance for New Audiences: The Global Flows of Bharatanatyam 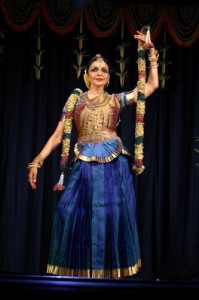 Today Bharatanatyam circulates in ever-expanding directions. The form has moved well beyond its twentieth-century epicenter, the city of Chennai (formerly Madras), and its pulse can be felt in every major urban centre around the world. Post-colonial and hybrid diasporic identities have given new impetus to the form. In North America, elements of Bharatanatyam dance have interfaced with contemporary dance and new kinetic vocabularies have been created by prominent second and third generation artists of Indian origin. Professional Bharatanatyam training and performance has also extended to include practitioners of non-South Asian origins, and this too has moved the dance in highly innovative directions. The form has also been used to address social issues such as displacement and violence, and has been thoroughly institutionalized and professionalized, especially in the UK, Canada, and the United States.

O’Shea, Janet. “Tradition and the Individual Dancer.” In At Home in the World: Bharata Natyam on the Global Stage. Middletown, CT: Wesleyan University Press.