Who is an American? This question has been redefined throughout United States history. In the 16th century, an American was someone we would now call Native American. In the 17th century, Americans came to be people of European birth or ancestry living in the New World, especially people whose roots were in the British Isles. This idea persisted during the American Civil War (1861-1865), even as Americans split into Union and Confederacy over slavery, states rights, and economic disparity, and into the twentieth century. In his essay, “Who is an American? The Imagined Community in American History,” historian Eric Foner describes how America took on a more pluralistic definition in the 1930s and 40s:

Despite broad acceptance among intellectuals, the celebration of diversity remained a minority point of view until World War II, when it suddenly emerged as the official definition of American nationhood. The way, to be sure, had already been paved during the New Deal by the resurgent union movement and the broad left-wing culture of the Popular Front era. The Congress of Industrial Organizations mobilized ethnically divided industrial workers into a self-conscious class with a broad social definition of citizenship and an emphasis on pluralism and inclusiveness as the American way. Meanwhile, left-wing artists and intellectuals advanced a new conception of America as a multi-ethnic, pluralist nation that included blacks. (91)

As Foner discusses, Americans began to expand their ideas about American identity in the 1940s during World War II. Confronted with Nazi Aryanism, Americans could no longer keep up their own race-based definitions of national identity. New immigrants from southern and eastern Europe became Italian Americans or Polish Americans and were considered part of white America. The status of African Americans reemerged, for the first time since Reconstruction, as a subject of national debate. Quotas for Asian immigrants were readjusted, although minimally. Foner states, “As the ethnic understanding of Americanism was discredited, President Franklin Delano Roosevelt explicitly committed the nation to the civil definition. To be an American, he insisted, had always been a ‘matter of mind and heart’ and ‘never was a matter of race or ancestry’” (91).

In the 21st century, we may again reconsider American identity, especially in response to changing structures of international trade, growing economies in South America, and increasing numbers of United States citizens with roots in Latin America. We may learn to see ourselves as North Americans, to identify ourselves geographically in relationship to people living in Central and South America, or come to see Americans as people living across the Americas.

Today, we see American identities as questions of birth, choice, and conscience. United States citizens are people born of citizens, whether in the U.S. or abroad, or who seek the process of naturalization, but many more people live within the borders of the United States. This makes for a broad range of people, with varying ties to America, who contribute to our economy, to our shared values and considerations about education and public life, and (as anyone who attends a community arts festival or surveys a range of cable television channels can tell you), to our expressive culture. That does not mean we all feel equally American. We all entertain questions of conscience: Do I embrace the current choices of the government? Do I aspire to the American dream? Do I feel part of or do others identify me with marginalized or empowered social, economic, ethnic, political, or religious groups? Do I feel free to redefine myself? 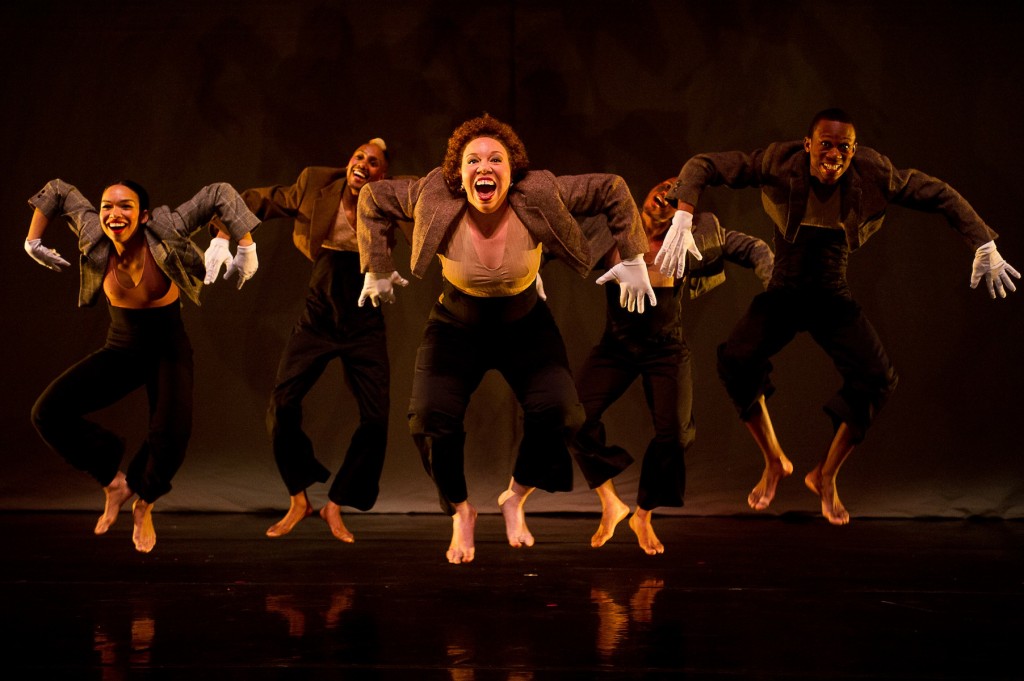 National and international events might shake Americans into defending or redefining ideas about who Americans are and what Americans stand for. The closing of American textile and auto plants as jobs are moved overseas, the tragedies of September 11, 2001, and military involvements in the Middle East, for example, have inspired patriotism in some and jingoism in others. Taking on an American identity implies self definition, but also a willingness to define others, to determine who is in and out of the “we” circle. Everyday performances—wearing or displaying the American flag, wearing or taking off an Islamic headscarf, contradancing or Sufi dancing—are important means of affirming old and learning new American identities.

Artistic expression is a vital part of public discourse about American identities. Modern dancer and choreographer Martha Graham approached works like Frontier, which explores the feelings of pride and trepidation that were part of westward expansion, from the vantage point of an American who could trace her family back to Miles Standish. Pearl Primus, who came to the United States from Trinidad at age two and who came to identify as African American, made works like The Negro Speaks of Rivers from her understanding of the African diaspora. In the works we explore in this unit, we glimpse the poverty and dislocation that characterized the Depression, the Dustbowl, and the post-Civil War American South and revisit debates over slavery and racism that spanned nineteenth and twentieth-century America. We read and hear the works of poets and musicians of the Harlem Renaissance such as Langston Hughes and Waring Cuney. We realize the changing status of women as public figures in American life. Jawole Willa Jo Zollar, with her works Walking with Pearl … Africa Diaries and Walking with Pearl … Southern Diaries, brings the arts as public discourse about identity into the present and again affirms the importance of history to how we think about ourselves.

Foner, Eric. 1998. “Who Is an American.” In Race, Class, and Gender in the United States: An Integrated Study. Edited by Paula S. Rothenberg. New York: St. Martin’s Press.

Next Section: The Search for Identity Through Movement: Martha Graham’s Frontier